Worked like a maniac all last weekend to take a few days off this week to get out on Nipissing for the first time this season with my oldest son. I also had some new gear to try out. I picked up an Eskimo 450i five man insulated hub shelter last year at an end of season sale plus for Christmas this past year my kids got me a Clam drill adaptor for the auger and a Jaw Jacker complete with the motorized jigging base. 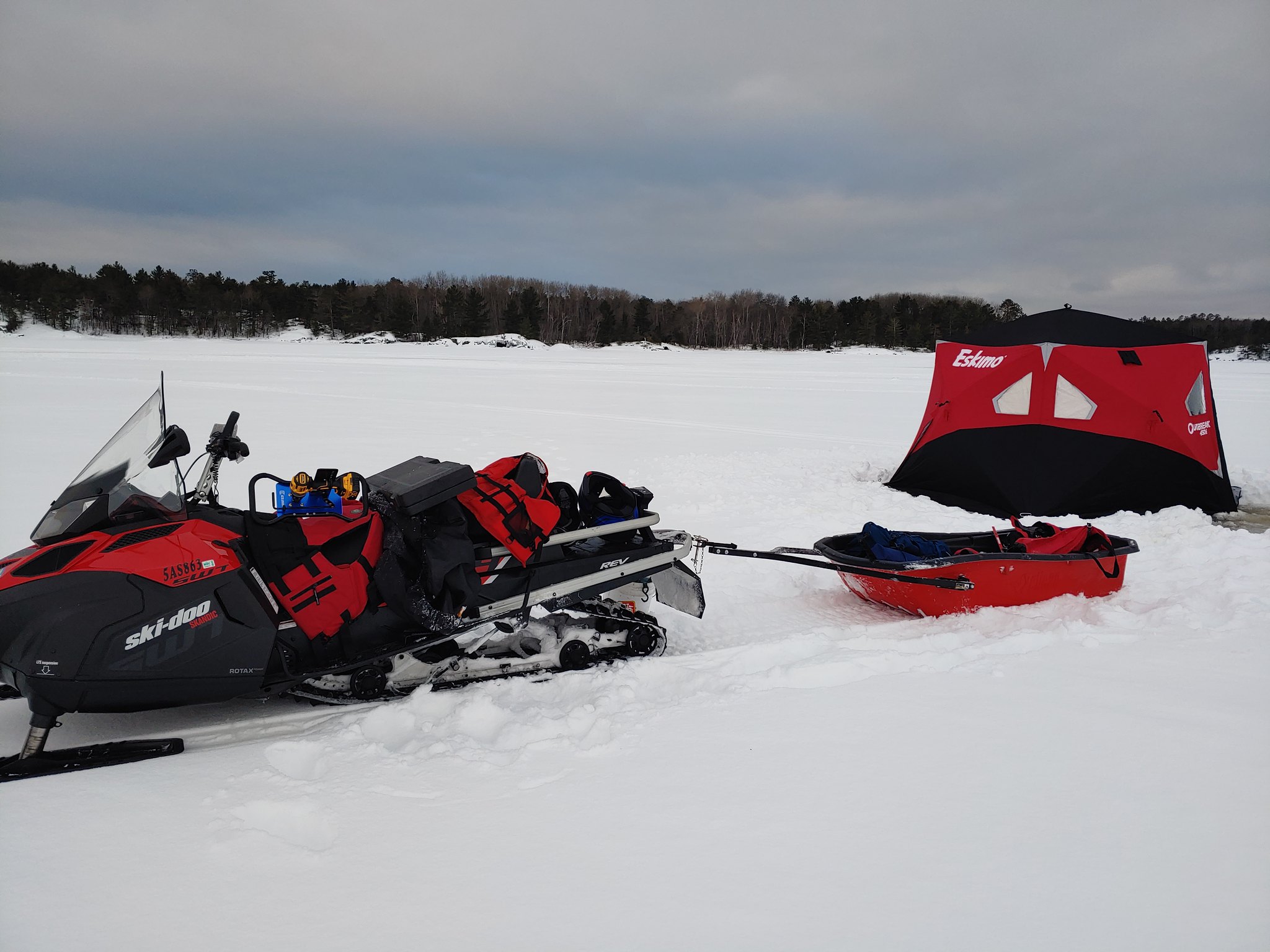 The shelter is marketed as a five man item and with just two of us in it there was tons of room. It would still be comfortable with a third and four could fit but would be crowded. No way five adults would work in there. Set up was the easiest of any shelter i have ever tried - it was easier than my two man flip up. The construction seems heavy duty and the insulation although not much seems to make a difference. Take down was also remarkably easy. One person can easily set up and take down as long as the wind is not too bad. All and all i was happy with it. 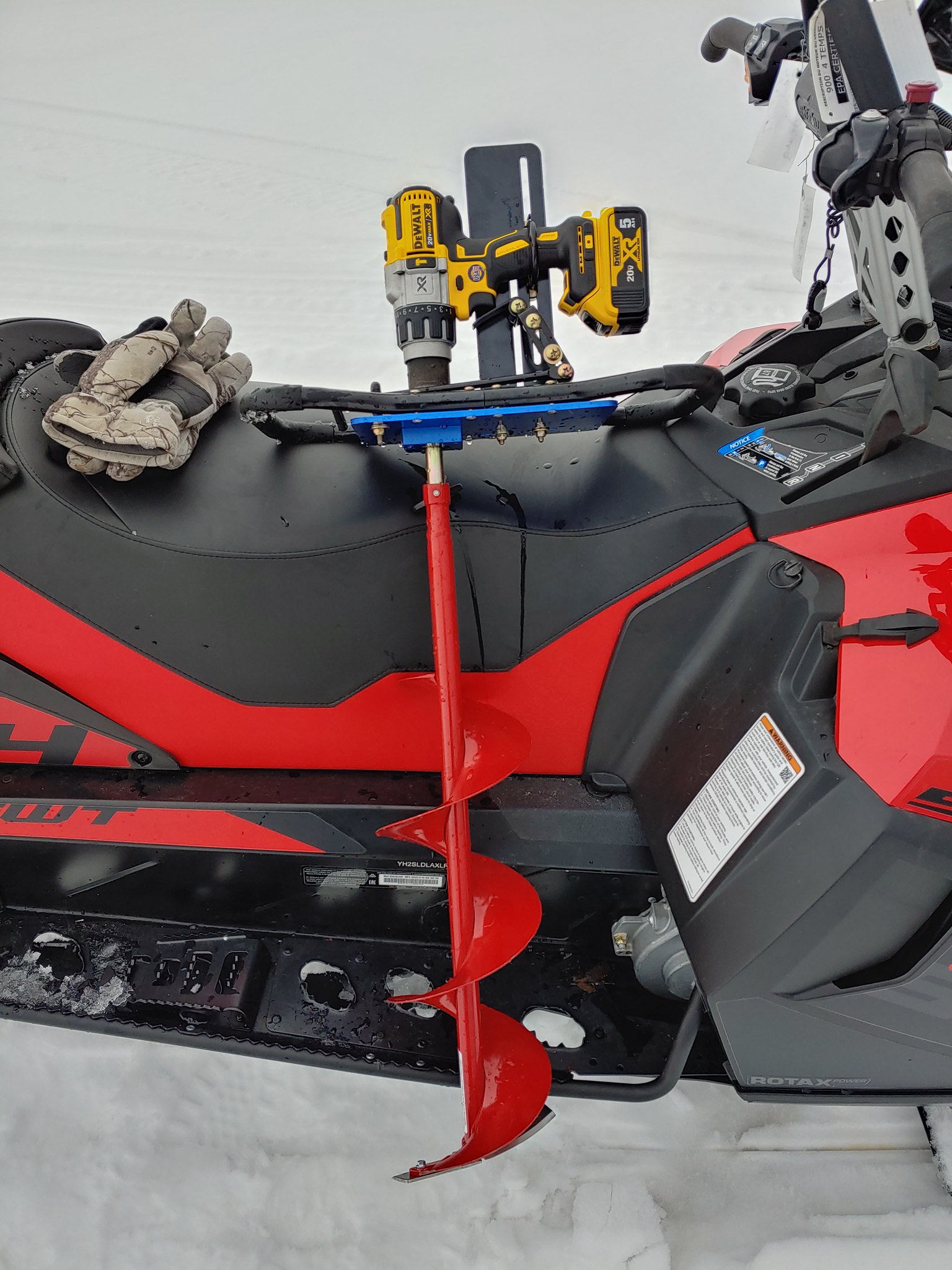 The adaptor worked as advertised. Well designed and ergonomic - very happy with it. Ice thickness varied from 11 to 13 inches and over the two days i drilled 15 eight inch diameter holes. So say roughly 170 inches of ice. After that amount of drilling the 5 amp-hour battery still showed 70% charge left. With the two batteries i have for the drill that would translate into something like 1400 inches of 8 inch hole before needing to recharge.

Fishing on Tuesday was decent. There was a steady bite on all day. Managed a bunch of 15 to 17 inch walleye plus a bunch of perch. Some typical fish from the day: 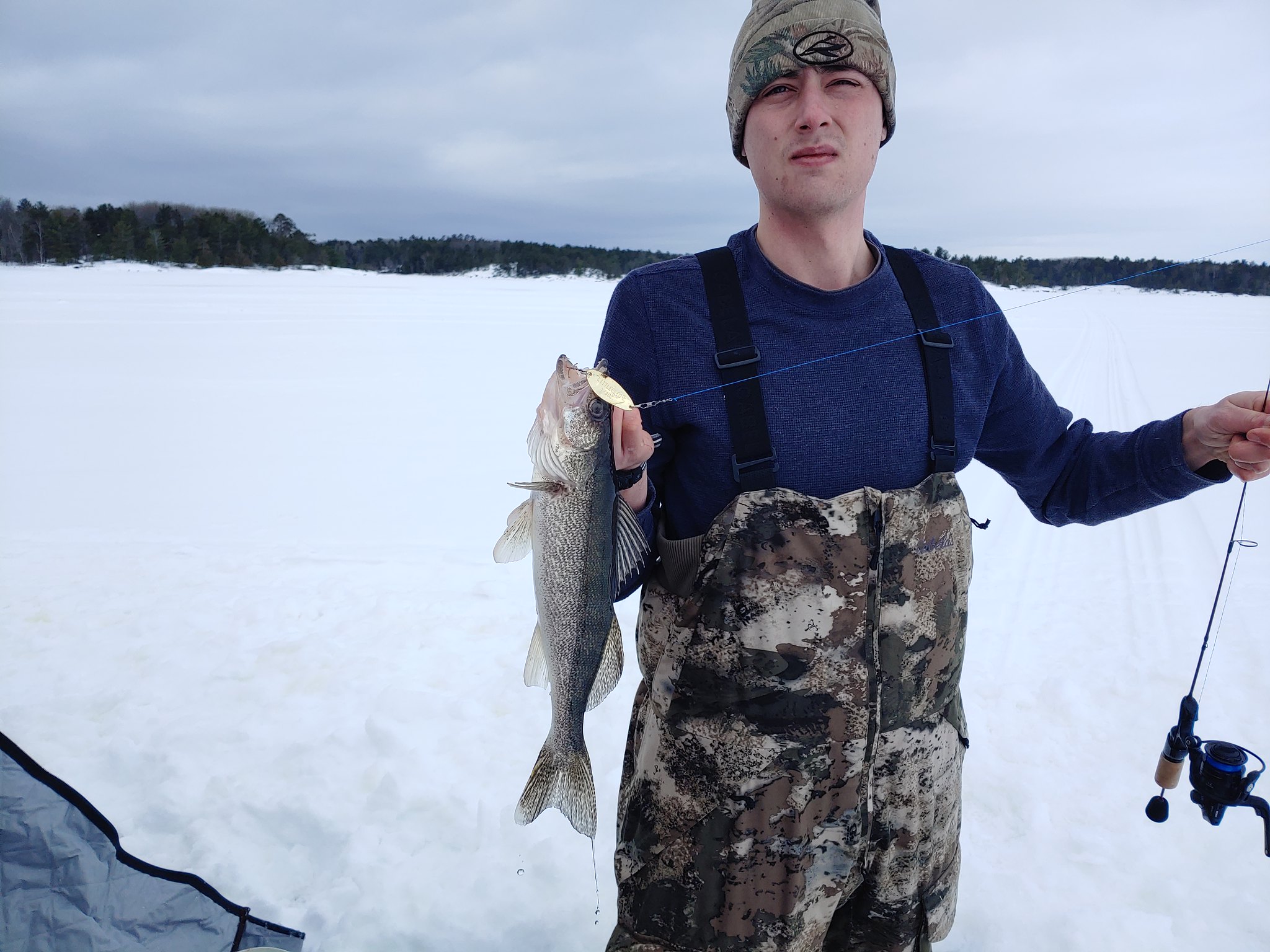 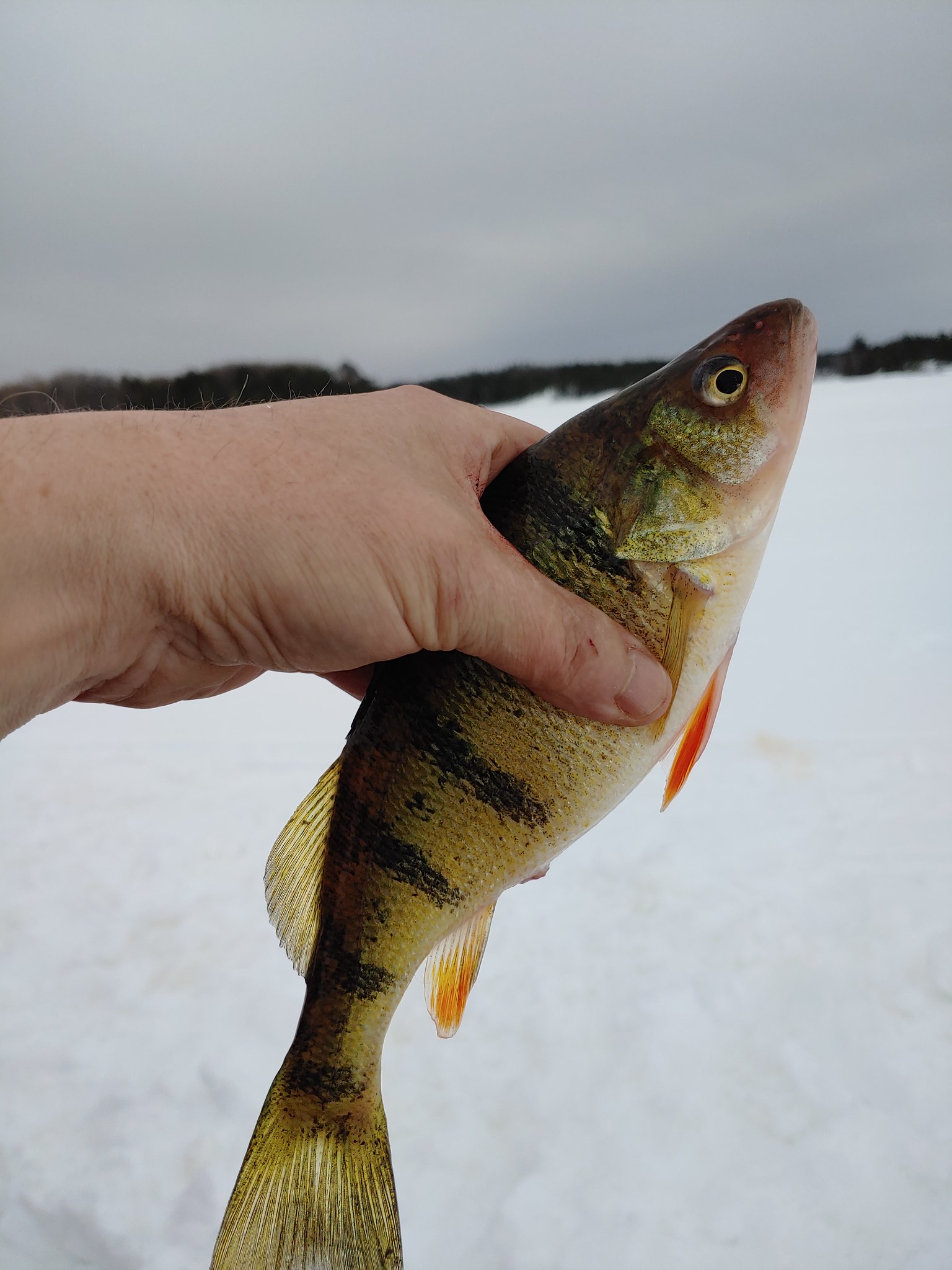 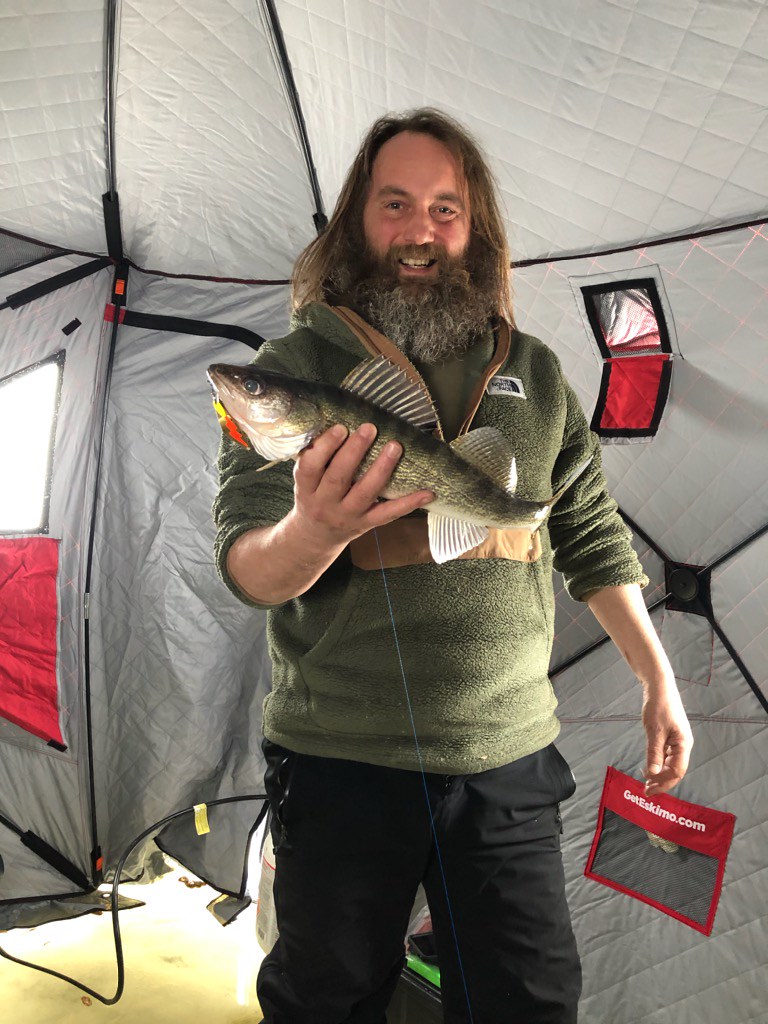 We kept half a dozen perch in the 10 to 12 inch range and had them for breakfast this morning. No walleye over the magical 18.1 inches so they all returned from whence they came. Now as for the Jigging Jaw Jacker. That thing out-fished both of us. Over 50% of the fish caught were by the Jacker. It takes 3 AA batteries and after two 8 hour days of continuous run it was still running on the original set of standard Energizer Alkalines. Seems like a really good product and an alternative to the typical dead-stick or tip up a lot of guys run for their second line.

Stock image of the Jigging Jaw Jacker (forgot to take one of mine):

Fishing on the Wednesday was totally dead. Tried many things at several locations and the bite just seemed totally shut down. Peace and quiet however was still very nice. Did not see a single soul anywhere on the lake the entire 2 days. 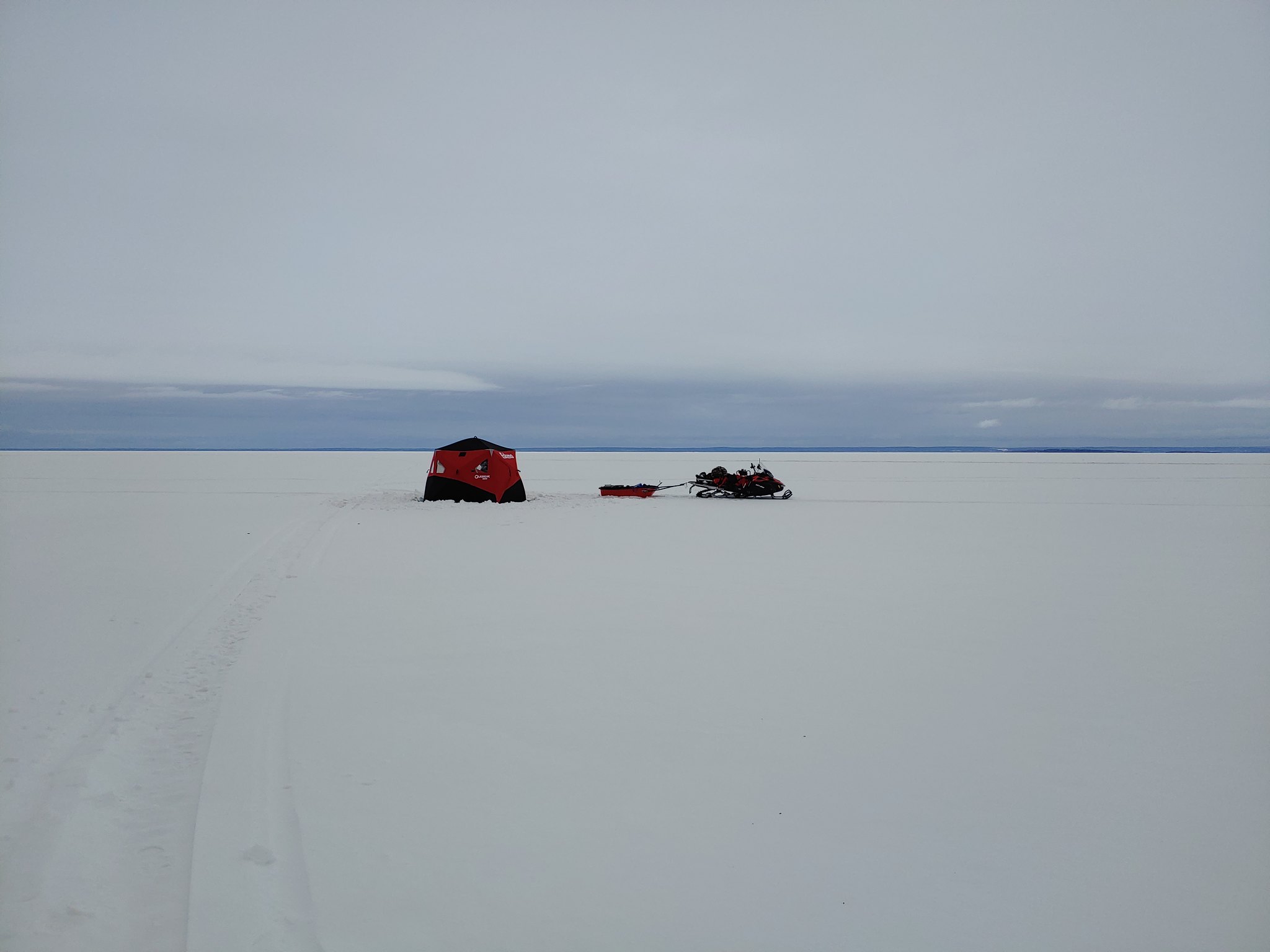 Never violate a woman, nor harm a child. Do not lie, cheat or steal. These things are for lesser men. Protect the weak against the evil strong. And never allow thoughts of gain to lead you into the pursuit of evil.

-The Iron Code of Druss the Legend
Top

Awesome. Were still using our boats down here in the deep south!!! Lol
A touch of frost has heightened your awareness and your heart steadily beats in anticipation. Your senses are suddenly alert to the movement on the forest floor and you realize that the moment of truth is at hand.
Top